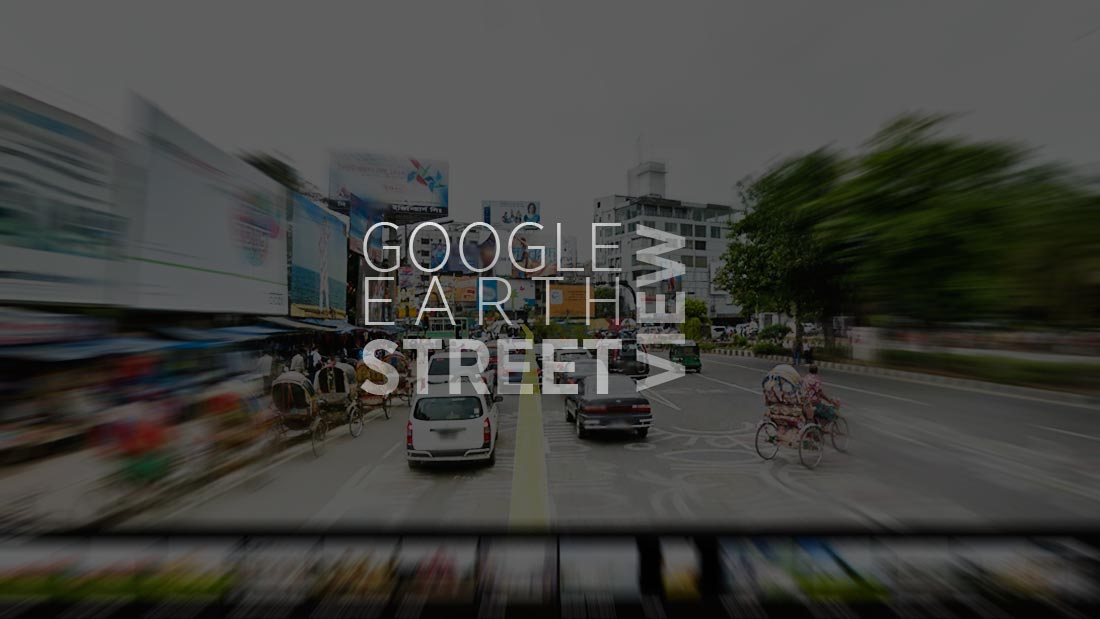 Google Earth, a product of Google Inc. has launched live static image of street view of Dhaka city and Chittagong today at 12:00 pm. From now, you can have access to the best available images captured by Google Bus team mounted cameras, lasers, and a GPS on the roof of an SUV and several computers in its trunk continuously updating from 9th February, 2013 – till date. The information in Google Earth is collected over time and is not in ‘real time’ as it is not possible to convert it live changes in images.

Let’s take a look how Dhaka is depicted with several streets and landmarks of the city; although some of the pictures are blurry due to facing seamless viewing experience. Google Earth users can now correct the location of their businesses, home and other points of interest by directly dragging markers in Street View and automatically snapping it to facades. As we look forward to more exciting updates from Google, for now we can continue to explore new interfaces of the world.